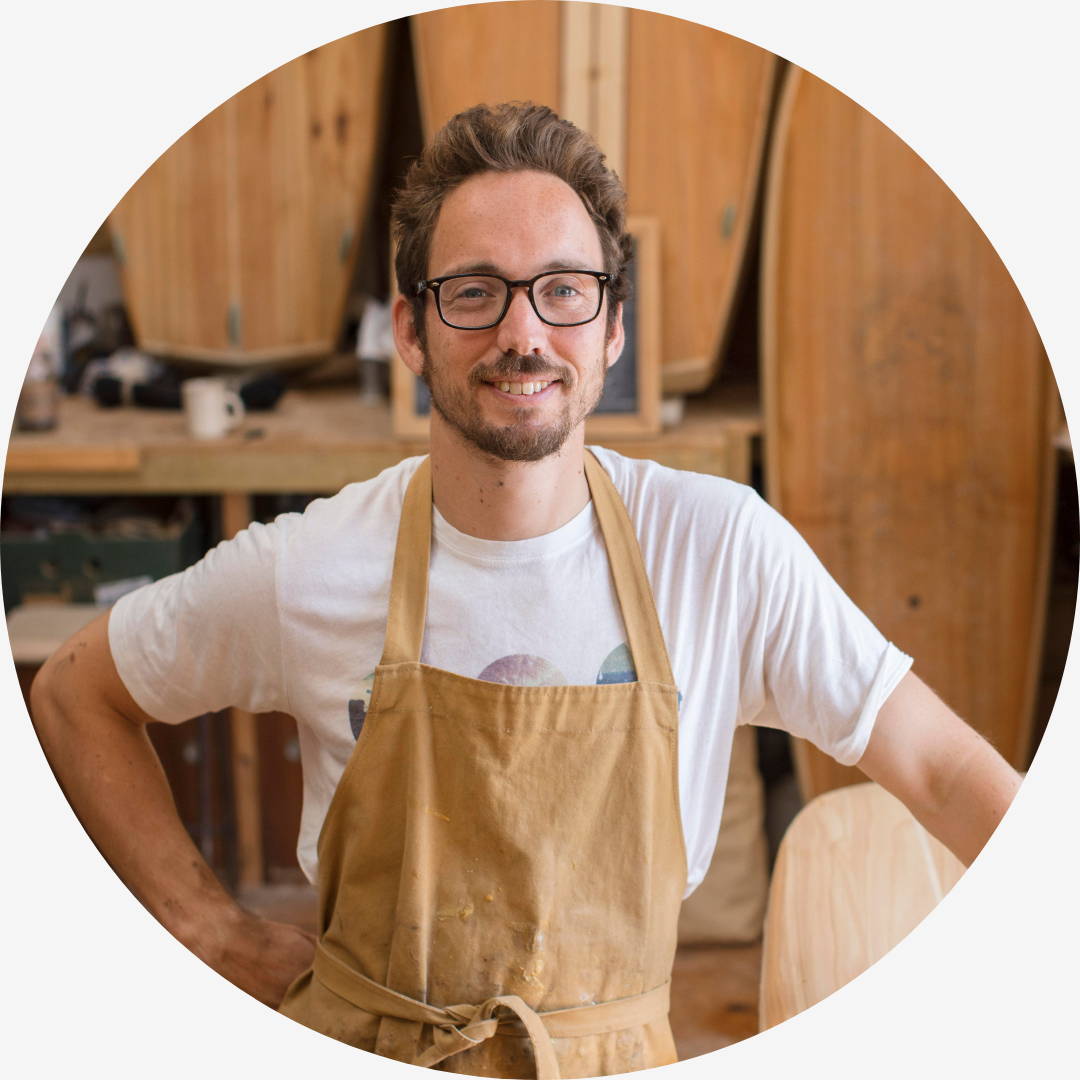 James Otter is the founder of Otter Surfboards, where he designs and makes award-winning wooden surfboards that have been featured on television through Countryfile (BBC), Escape to the Country (BBC), Made in Britain (ITV) and How It’s Made (Discovery Channel), and in The Guardian, The Telegraph and GQ.

As well as making wooden surfboards, he has led workshop courses for the past eight years, sharing his passion for making with others. James has taken to the stage to inspire others to follow their hearts, reconnect to their hands and deepen their connection to the natural world at events such as Tedx Brighton and the Global Wave Conference.

He lives with his young family in Cornwall on a rugged stretch of coastline where the Atlantic meets the southern tip of the UK.